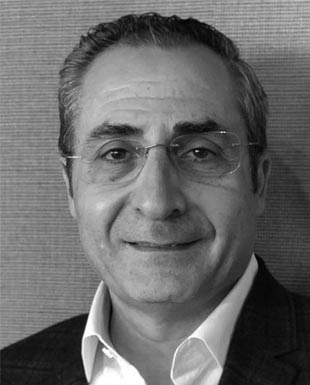 As the POS industry continues to vastly diversify within the modern digital era as we know it, Mony Zenou’s 25+ years of extensive knowledge, experience and hard work has been a fundamental factor in his success and overall contribution to the industry. Today, Mr. Zenou is the founder, chairman, President & CEO of iPOS Systems, LLC. However, Mr. Zenou began his journey in the payment industry when he founded, led and managed an Israeli company called Lipman in the robust American market, eventually earning the title of President and CEO of Lipman USA from January 1993 – October 2004. VeriFone acquired Lipman and all of its subsidiaries, including its American subsidiary Lipman USA (“Lipman Group”), for $798 million in October 2005. In 2006, Mr. Zenou engaged with Gemalto to be the exclusive representative of its Magic POS product line. Subsequent to VeriFone’s acquisition of Gemalto in 2011, Mr. Zenou then established a long-term partnership with Taiwanese based manufacturer Castles Technologies Co. LTD for its Vega and more recently, its Android product lines. In all of the aforementioned ventures, Mr. Zenou managed to transform and develop multiple unknown product lines into household names, trusted and supported by many processors, ISO’s, ISV’s and millions of merchants across North America.

As a leader who continues to revolutionize and expand the boundaries of an industry that has become the backbone of the global economy, Mr. Zenou’s commitment to providing a high level of service, innovation, quick time-to-market and cloud-based added value services makes Dejavoo’s POS products desirable, reliable and cost-effective. In today’s market, differentiation is key to customer retention and profit and with this in mind Dejavoo products have been carefully designed to deliver the highest level of sophistication by offering intuitive, customer friendly applications.

Dejavoo’s commitment to service and custom application has earned it a close relationship with over 500 resellers, trusted distributors and countless integrators.

Prior to his start at Lipman, Mr. Zenou served in the Israeli Defense Forces (IDF) and received two distinguished awards for excellence in the IDF Prestigious School of Sergeants and Officers, as well as a Medal of Honor for his bravery and leadership in battle throughout his service. Afterward, Mr. Zenou graduated from the Hebrew University of Jerusalem with a Bachelor of Arts in Political Science and International Relations. Moreover, because of his understanding of the importance of globalization in business from a young age, he continues to complete a nine-month course in French language and culture at the Sorbonne Université in Paris, France. Mr. Zenou is fluent in Hebrew, French and English. Today, Mr. Zenou resides in Long Island, NY with his wife, Mira and four children.